Home » Articles & Blogs » We Were Jealous of Homeschoolers

We Didn't Want to Admit It, But We Were Jealous of Homeschoolers 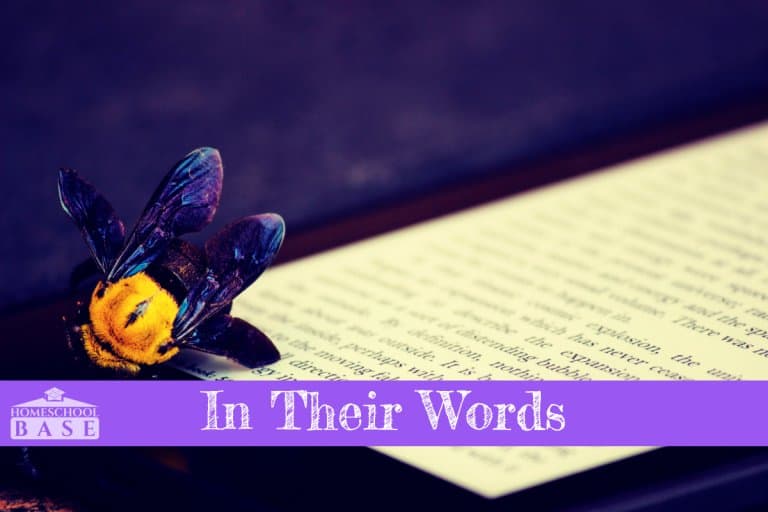 Of course, I was jealous of homeschooled kids. I would never have admitted it at the time. It wasn't until I started dating my first boyfriend that I realized it was jealousy. But I still ignored it.

My first boyfriend homeschooled K-12. On our first date, we were in 9th grade.

He Excelled at What He Loved

He always beat me. And I hated every second of it. As a homeschooler, he simply had infinitely more time to practice than me. He could prepare during the day while I was doing busy work. He could make changes in his schedule. You know, all the usual benefits.

The crazy conundrum was that I didn't want the label of “homeschooler,” but I wanted his freedom, his curriculum, his flexibility, his passion, and (since I’m being honest) even his knowledge.

Looking back on my high school years, I think that whatever anti-homeschool sentiment existed was, and still is, driven by jealousy and fear.

Jealousy is a curious and a much-misunderstood sentiment. What does jealousy look like? Other people are happy, joyful, or blatantly smug, and I, the jealous person, I am left alone to look on. Sometimes, foolishly or embarrassingly.

Honestly, that sounds about right when I would walk off stage after misspelling a word...

After referencing some psychology today articles, it's clear that jealousy isn't always rooted in feeling embarrassed and we often have very little control over it. Jealousy is an instinctive and natural emotion that masks other emotions that are even more dangerous so to speak. Jealousy is sometimes a drive to be self-critical.

Jealousy is rooted in paranoia, criticisms, and comparisons that materialize. Of course, fear is definitely intertwined into all of it.

I wasn’t the only public school student who was jealous of homeschoolers.

As the product of the public school system, I know that many of us looked at homeschoolers with similar sentiments. They got to sleep in, do their work at home, be graded by a mother or father who loves them, skip over the busywork, rest before athletic competitions, and finish their work earlier in the day.

Sure, we knew there were downsides, and sometimes we clung to those.

We were not unwarranted when we claimed they were unsocialized and weird. I knew several homeschoolers that proudly embraced this! And I also knew just as many that were just as socially mature as I was. Of course, the real error in judgment was our exclusion of all the weird kids that still attended public school.

The reason it is so hard for many public schoolers to accept homeschoolers is that they made a sacrifice that we are incredibly unwilling to make. Without going into any social theory, public school students like myself are members of a group of people already committed to the unconscious, or conscience, jealousy and often neutral, slight, or strong open oppositional sentiment.

Going against your tribe is embarrassing.

It's embarrassing to “take back” words of the past or your actions.

Some students, *cough* me *cough*, were embarrassed to admit that our education might not be the best available. We didn't want to be at any disadvantage.

Other students seem to be just the opposite. They were happy to bash the public school systems as an excuse for why they “didn't want to be there” or “didn't enjoy learning.” Some of the exceptionally lazy students used it as a catchall excuse for underachieving.

So ironically, I saw a lot of underachieving students praising homeschoolers.

Private schools are another good target, especially since the tuition fees make them non-options for many students.

The Future of Homeschooling?

I do believe that homeschooling is becoming more and more mainstream. Throughout my K-12 education, which was not very long ago, I did observe a greater tolerance.

I think that school choice and the growing number of homeschoolers and other 'alternative school schoolers' is catapulting educational choice to the front and center.