The Advantages of Multigenerational Homes

Posted in Homeschooling on September 16, 2017 - by George Schalter 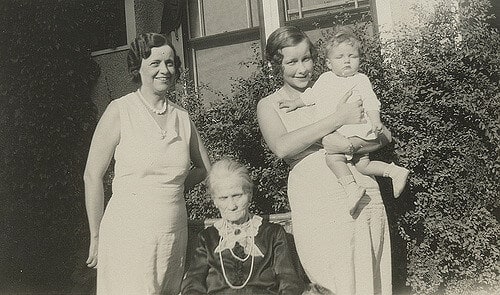 There is a funny new sandwich in town – the filling’s a generation which has to care for both its children and its parents – the ‘sandwich generation!’

When such a situation arises, many ‘carers’ prefer to have all generations under one roof as it makes it easy for them to care for both their kids and their parents. Eleven percent of home buyers purchased multigenerational homes according to the National Realtors’ ‘Home Buyer and Seller Generational Trends Report’ of 2017.

A multigenerational home includes children, parents and the grandparents. Three generations where two are adult. This is not a new phenomenon, and was in fact the norm in the 1800s and early 1900s. Some homes actually had five generations living together. Even the White House has been a multigenerational home during the previous presidency! As urbanisation increased, industrialization removed dependence on farming incomes and returning veterans wanted to live independently, leading to nuclear families living in the suburbs.

Why Multigenerational Homes are Returning

A few years ago, people were discussing workplaces where 5 generations were working side-by-side. Although different generations bring different things to the table there, there is a ‘generational tension’ which has to be managed. As homes morph, there’s going to be some of this tension even within homes. It’s important to understand why homes are turning multigenerational to handle such issues. Here are a few reasons:

As young people find it hard to get jobs, it’s quite common for college educated kids to move back into parental homes. It’s also common for children who had established families and homes separately, moving back in with parents when they lose jobs or homes.

With rising costs, living under a single roof with pooled resources is more pragmatic rather than trying to maintain two homes. Sometimes a symbiotic relationship works out well. Even when aging parents cannot look after themselves and do not have the means to move into assisted living, getting them to move into your own home might work out better financially. When aged parents who have a home need care, then their children have moved in along with their families.

Single parents always worry about providing a secure comfortable home for their children. Frequently parents step in to help out children to look after their own children. It could also be an aunt or some other relative who has the time and inclination to manage younger kids. This makes the older person feel useful and they get to spend time in the company of kids, which is always refreshing.

Although we don’t live in a multigenerational setup, our kids have spent a lot of time with their grandparents. They love it that the grandparents always have the time to play with them, be it board games, physically active play or playing outside. Problems are solved differently by different generations. The grandparents had bought our kids a tablet some years ago. The kids shared it happily. Our younger one wanted a dog, and we just did not have the space. As things were heating up, their grandmother visited us. One evening when we came home, our younger one was peacefully playing pet games, feeding his pet and playing with it. This was not an ideal solution, but we had some peace until we could figure out a better solution (we started taking the kids to the pound for volunteering, which they love!)

Here are some advantages:

1. A sense of family

Growing up with grandparents or other family members, gives kids a sense of security. They are cocooned in love and care. In the 19th century in large familial homes, it was common for an aunt or a grandmother to stand in for a mother. Even if a parent fell ill, others stepped in to bring up the kids. At times kids are more comfortable talking about problems at school with non-parental family members.

Many kids have no rootedness as parents move to new cities for jobs and lose touch with their family. But, if grandparents are around, they tell stories of their parents as children and of how their lives were when they were growing up. They also hear of times they’ll never see again. It gives them a sense of continuity and a sense of who they are. The network of aunts, uncles, cousins and extended family who might visit is like a safety net in times of distress.

For working parents with young kids, it’s very helpful to have parents around. With rising day-care costs, this is a huge plus. As kids return from school, there is someone at home to care for them. Frequently, even the parents can come home to a cooked meal as their parents pitch in with cooking and grocery shopping.

4. Learn to be mindful

With older people around, children naturally learn to be mindful. They become more patient with older people, and are concerned about the wellbeing of others. Children learn to help without being asked. They understand that everyone cannot do everything in the same way, which helps them become tolerant of others.

Most play in earlier times, although simple was innovative and involved the outdoors. With more time spent with an older generation, children might learn the art of simple play not involving electronics!

One Response to “The Advantages of Multigenerational Homes ”