Posted in Homeschooling on April 30, 2017 - by Brett Langford 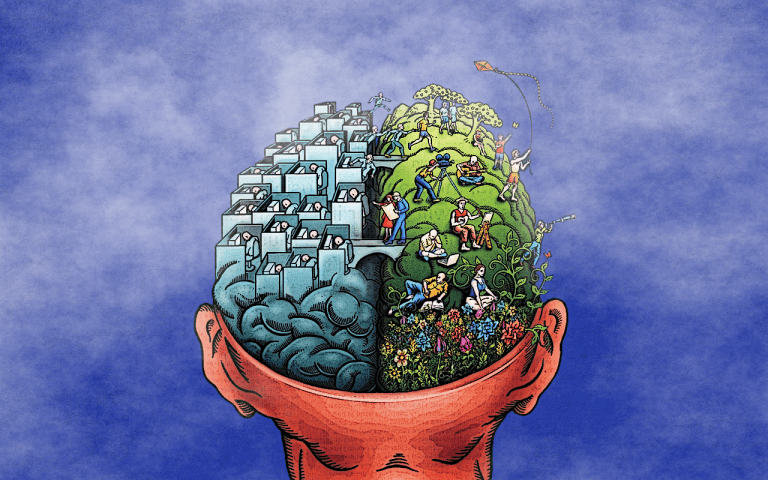 In the world of parenting, and indeed in the world of education, video games have something of a reputation. Little demons out to distract your children, burn their brains, hinder their homework, even drive them to physical and emotional violence.

We won't pretend that the world of video gaming is something you should leap into blindly – after all, there are some wildly inappropriate games for kids out there, and we're not about to suggest you buy your five-year-old the latest Mortal Kombat as an educational tool. But video games are more complicated than they're often made out to be, and it's arguable not only that they're harmless, but even that they're beneficial in an educational setting. 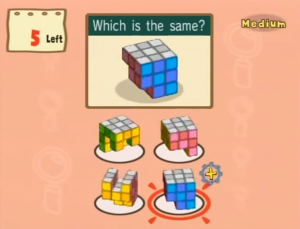 When we talk about these games as valuable educational software, it's common misconception that we're referring to the niche area of gaming that has become a genre of its own throughout its existence – games like Nintendo's Big Brain Academy and Swamp Gas Visits The United States of America (seriously – that's a thing).

These 'educational video games' are usually developed not with entertainment or even art (a whole other area of often heated discussion in the gaming world) in mind, but with the emphasis placed solely on teaching. These games often function in the form of quizzes and facts presented to the reader – essentially, lessons and exams in a virtual environment.

And there's no doubt these games have their pros – at their best, they can be informative, challenging, and, yes, even fun.

But it's difficult to actually consider these titles games. Where's the story, the characters, the adventure, the escapism? It may seem ridiculous to demand both education and entertainment like this, but part of what makes a video game so special – and indeed such a potentially powerful educational tool – is its ability to hold the player's attention. The gameplay perpetrated in titles that are solely education-oriented simply can't achieve this – though it may be a more conventionally academic approach, it misses many of the subtleties that 'true' video games can offer.

For these reasons, this article will focus on a number of mainstream and indie games, both recent and classic, that have real potential in an educational environment. Rather than review interactive tools designed explicitly for content revision, we'll explore games in their relation to general learning skills. Specifically, we'll be looking at three separate disciplines traditionally nurtured in schooling – problem-solving, creativity and critical thinking – and examining how games can help further develop skills in these areas.

Please note that, as in any area of education, balance is important – though video games certainly aren't the monsters they're often demonised as, they're not exactly the key to learning. Textbooks, teachers and honest practice remain vital facets of education. But if you open your mind, you may be surprised at the academic fruits a video game can yield...

Overcoming the Challenge: Logic And Problem-solving

The video game medium has been criticized on countless occasions over the years, and one common term thrown around is 'mindless'. Labels like this perpetuate the idea that the act of gaming requires no real thought, that it's the entertainment equivalent of fast food – appealing, but lacking in substance and incredibly unhealthy as a result.

But are such labels warranted? The simple answer is no. It's true that many games offer pure excitement and adrenaline (in other words, mindless fun), but to claim this is true of the entire medium is to ignore iconic titles such as Portal and its successor. Portal is a particularly poignant example of a game focused on logic, presenting players with truly challenging puzzles and mental exercise while also immersing them in a fascinatingly unique environment.

Developed by software giant Valve, Portal is a creation that defined generations of puzzle games to come. By presenting players with mechanics that take practice and careful consideration to master, the game introduces its audience to a number of puzzles slowly increasing in complexity. 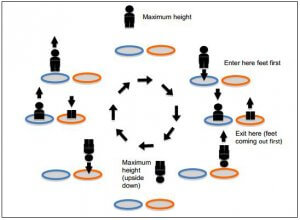 It's not only an excellent example of an intuitive game language, but also a fantastic demonstration of how a video game can teach a player through its interface, and develop their skills throughout the course of the story. In this instance, players must overcome a series of challenges using the wonderfully conceived portal gun, a device that opens small holes in space allowing for short range teleportation.

Aside from being a fun and fascinating concept, this allows the player to slowly come to understand the mechanics of the portal gun and the rules of the world around them, and even teaches them to use the knowledge they acquire to their advantage. It's the same basic skill fostered in the study of mathematics and science – the art of getting from A to B by practically applying knowledge and reaching a logical solution.

So, does this make Portal a superior substitute to 'class'? Of course it doesn't. But it's an excellent way of encouraging children to practically engage with problem-solving.

The fact is, most kids aren't exactly thrilled when they're told to solve a series of meaningless equations in a frankly boring textbook. But when they're taking on the role of a portal gun wielding heroine in an elaborate psychological battle with a psychopathic robot? Well, then things become a lot more interesting...

Art and the Artist: Can Video Games Nurture Creativity?

A little while back, indie company Mojang released a small sandbox game they'd been working on. It was called Minecraft. Today it's the best selling PC game of all time, and second in the wider market only to Tetris. 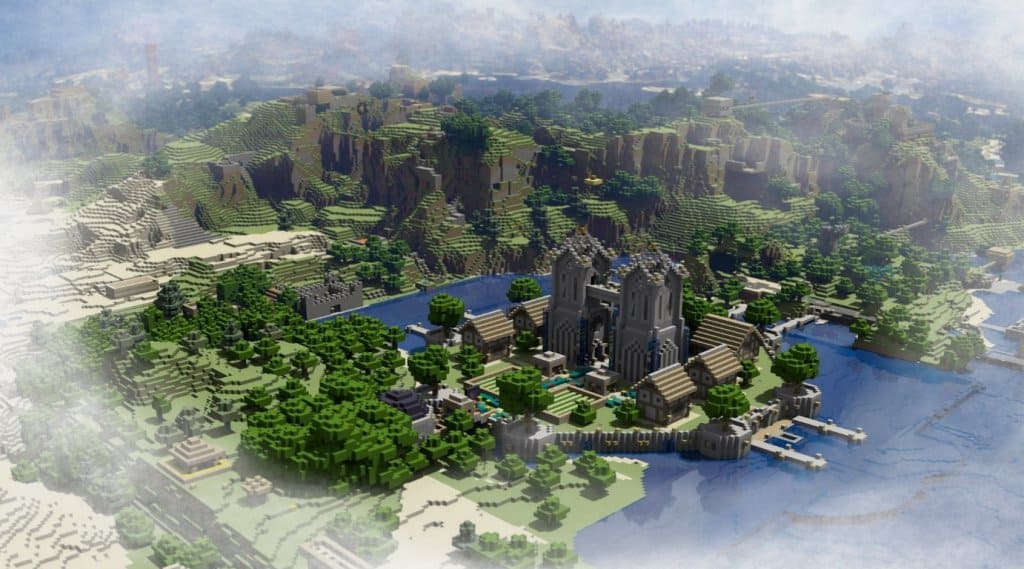 And here was a game that, much like Portal, hinged on a unique idea that tapped in to a core element of education – in this instance, that of creativity. For those unfamiliar with the premise of Minecraft, the game features two modes of play.

One is the survival mode, which forces the player to manually gather resources, keep the strange monsters of the world at bay, and – the unique selling point of the game – craft items and build homes as simple or as complex as the player wants. The other is the creative mode, which gives the player unlimited access to the game's materials, removing any limits to what can be created.

Creative and educational value of Minecraft

Though its unsophisticated aesthetic isn't exactly artistic, the things the blocky world of Minecraft allows players to accomplish certainly are. From life-size virtual cities to enormous sculptures to – and this isn't a joke – fully functioning computers – the possibilities for building in this sandbox are, to use a cliché, endless.

On the left is a photo of Chicago. On the right, a Minecraft replica. 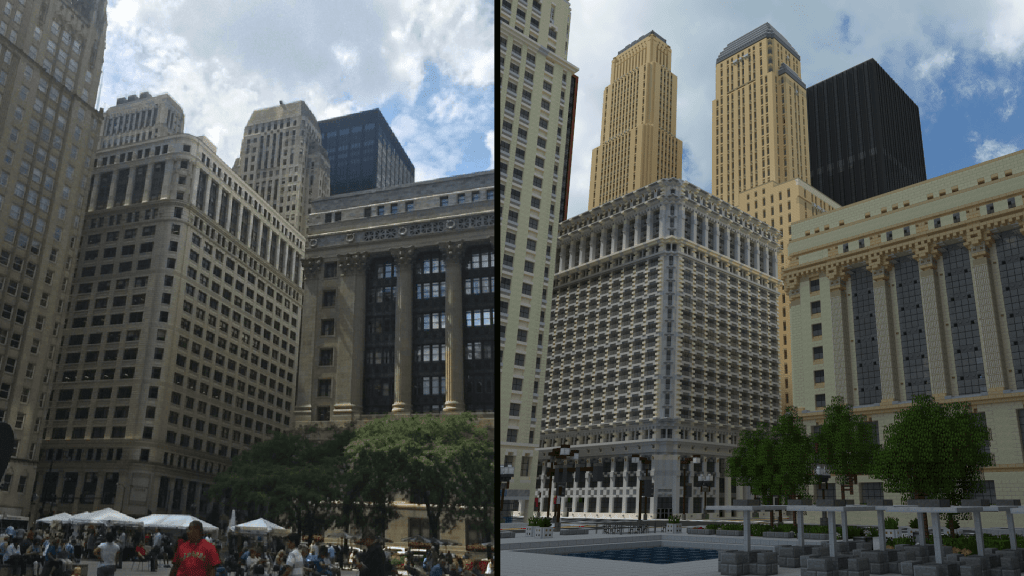 There's more to Minecraft than can ever really be covered in a single article. With thousands upon thousands of modifiers and texture maps, creativity is the key to this sandbox. And for those more accustomed to the logical facets of education, it's hardly short of its own problem-solving mechanics.

With 'redstone' circuits emulating the behavior of electricity and zillions of science mods allowing players to practically explore the complex mechanisms of the game, Minecraft provides a fascinating mirror of our own world, where creative solutions, and indeed art for the sake of art, are constantly encouraged.

Outside The Box: Critical and Lateral Lessons of Gaming

It's often been said that the real purpose of education isn't to force facts into the heads of pupils, but to teach them to think for themselves. Philosophy is the subject perhaps best-fitted to this purpose, but is often neglected in primary and secondary education, leaving a void that video games among other mediums have managed to fill.

And of course, this makes perfect sense. What better way to ask complicated questions than by placing students directly in situations that are thought-provoking, challenging and, in many cases, poignant?

Everything: A philosophical video game

Though many games with the 'philosophical' tag are aimed at adults, many titles offer wondrous experiences that will undoubtedly delight younger audiences as much as they will grown-ups.

One example is renowned video artist David O'Reily's creation Everything. As the title suggests, it's a pretty ambitious concept: a procedurally generated world in which the player can assume the role of... well, everything. The game functions on one simple mechanic – the player can transcend the barriers of the self to become microbes, tin cans, goats, pine trees, islands, planets, solar systems, and so much more.

O'Reily's programming is intuitive, intriguing and often hugely entertaining – the bizarre animation cycles of the game's animals are a sight to behold. As you can imagine, it's a heck of a lot of fun, but there's more to it yet. Every game needs some kind of objective, and though Everything is more about exploration than a linear story, there remains a trail for the player to follow in the form of... audio lectures.

Yes, we know. We said we weren't including any overtly educational content in this article, but these particular clips are frankly more fascinating that anything you'll find in traditional educational games.

Learning philosophy from a video game

Recorded by the great philosopher Alan Watts, known for his work in communicating eastern philosophy to the audience of the west, the segments of his lectures you'll find embedded throughout the game pose questions about the nature of the universe, the self and everything in between. Combined with the vast expanse of the in-game universe around you, the result is a relaxing experience of cosmic proportions.

Though this may sound like a little much for a child, the ideas communicated throughout the game are likely at the very least to open their minds to asking questions about the world we live in, and could serve as a fantastic platform to introduce critical thinking and theorising skills to young students.

And if not, well, they can always just enjoy the joyously bizarre experience of transforming from a goat into a planet.

So. Video games. The scourge of good parenting and quality education? Or something a little more profound?

The answer is up to you, of course. But remember that education isn't constrained to the home or the classroom – lessons can be found in all walks of life, and the world of gaming could be more beneficial than you've ever imagined.