Home » Articles & Blogs » The History Of Fake News In The U.S. & Teaching Students To Recognize It

The History Of Fake News In The U.S. & Teaching Students To Recognize It 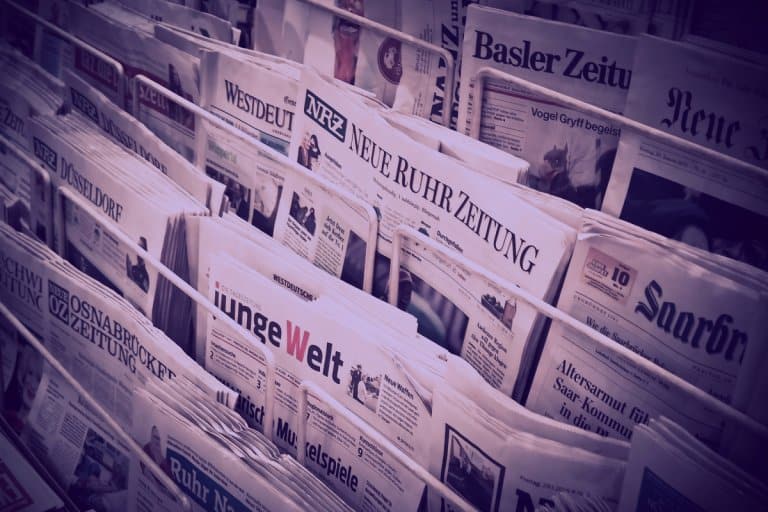 You cannot teach what you do not know.

If you want to teach your child or your students how to recognize fake news, you need to start at the root of the problem. At the end of this article I will provide useful and specific tips for spotting and identifying fake news on the internet. However, just like a subject in school, we should all understand the concept and the why of fake news before we learn some of the formulas.

This new buzz word, Fake News, is nothing new. It has simply a new form of something that is very old.

Fake news has been around since, well, the very existence of news.

Fake news is a lie. Maybe a few details of a story first started as a white lie. Or maybe the seeds of a fake story started as a simple embellishment. As soon as there was "press," there were journalists and publications that profited from fake news. You've probably seen the NPR article that "tracked down a fake news creator in the suburbs." If not, there are several other legitimate interviews with owners of fake news websites in major publications you might have seen.

Let's quickly examine the history of journalism and media in the United States. This article has been heavily influenced by Ryan Holiday's book, Trust Me, I'm Lying: Confessions of a Media Manipulator - Amazon, and I draw most of my inspiration and dialogue from his first 5 chapters. 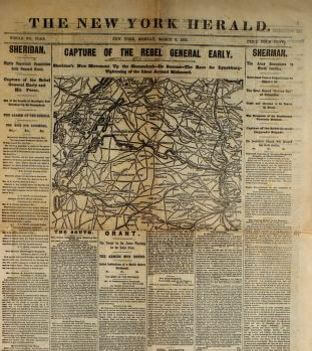 One newspaper changed the course of media forever in the United States -- the New York Sun. It launched in 1833. It flipped the traditional media on its head. Instead of selling papers by paid subscription, the Sun decided to sell papers on the streets.

Before 1833, you couldn't buy a newspaper or magazine on the streets.

The Sun hired unemployed individuals to sell copies of the paper on the streets. These were the very first "paper boys."

How did these papers sell?

They had to be flashy, loud, grabbing, and polarizing. The Sun relied on gossip as its primary news source. Other publications in competition with the Sun attempted to use the same "on-the-streets" sales model. One such competitor was an abolitionist paper that refused to publish gossip.

If you lived in the 1830s, you would choose to support an abolitionist, gossip-free publication, right?

We would like to think that highly of ourselves. No, this paper failed -- miserably. [Source: Trust Me, I'm Lying, page 76-85]

Pretty soon after the Sun was founded, James Gordon Bennett started the New York Herald (1835). The Herald became the largest circulating (daily) paper in the U.S.

In April 1861, George Templeton Strong heard cries from newsboys shouting, "Extra! -- a Herald. Get the bombardment of Fort Sumter!!!"

Mr. Strong was a lawyer, among the more educated men of his day and age. He heard these cries while he was with some friends. Instead of running into the streets to hear the news -- that the Civil War had commenced -- Mr. Strong and his friends, ignored the noise. They didn't believe the newsboys.

Why? It was not that Mr. Strong didn't believe there was the potential for a Civil War. Mr. Strong believed the newsboys were simply selling the latest "sell." Fake and embellished yellow paper stories in the Atebellum South were so pervasive that the educated public's initial reactions to the news of the Civil War was to dismiss it as fake.

Eventually Mr. Strong broke down and purchased a copy of the Herald.

[Source: The Diary of George Templeton Strong - view on Amazon]

Guess: What was the most-printed edition of the Herald?

Yep. The most-sold edition of the Herald, was the copy Mr. Strong almost didn't believe. The publication sold 135,000 copies in one day.

The civil war was a huge success for the media.

"Newspapers thrive best on the calamities of others." - An Emotional History of the U.S by Peter N. Stearns on Amazon, page 161.

As Holiday advises, if these don't sound familiar, maybe you should check out the most recent front page of some popular news sites like Raw Story, BuzzFeedNews, or the Huffington Post.

People buy what sells. In order to stay in business, media companies will compete for the attention of the consumer.

Wait! I would prefer something quality!

This is exactly what Adolph S. Ochs, publisher of the New York Times, thought. With the assumption that people will buy something better than the yellow papers if they could afford it, he dropped the price of the Times to $0.01 and circulation tripled.

Ochs threw reputation as a factor into the mix. His motto was, “All the News That’s Fit to Print.”

All of "the old" holds true today with the addition of a plethora of new problems.

Today, there are no "paper boys." Every internet user with a social media account or email address is both a paper boy and a consumer. We both spread articles and consume them.

The value of reputation in news sources has plummeted.

We cannot read everything. We cannot source everything. The new medium has caused us to fall back to the Antebellum days where we would have been uncertain if we should believe the cries of "WAR."

Paid subscriptions are the key to reputation.

When news is free, news competes to have the most attention grabbing headline. When we pay for news, on a subscription basis, we expect quality. If our paid news source disappoints us, we can simply cancel our subscription and take our business elsewhere.

Paid subscriptions release revisions to stories the next day. Paid subscriptions survive on the reputation they have built. Social media sites publish free news. We pitch a fit if content is behind a pay-wall. No one shares this content anyway.

If every large online news source were to remove all of their free content and force subscriptions, it would simply open the path for new blogs to take their spot.

How does modern media make money?

Almost all modern blogs and online news sources make money through ads. Most often, these ads pay-per page view. This means the more an article link is clicked, the more money the blogger is going to make.

A far left liberal blogger does not care if he or she gets a million hits in a day from angry right-wing conservatives -- the blogger has succeeded. Page views and shares (one method for getting more page views) are a bloggers only goals. So, of course a blogger will run an exaggerated headline. It gets more clicks and more shares. It is how they make a living.

Articles  like this one don't get shares. You don't see long, in-depth articles without a click-bait title being shared on Facebook. It isn't because most Facebook users wouldn't appreciate this article. It is because we are in a rush, and there are a million other headlines that are more appealing, that will get more likes, more shares, and almost instantly bury this.

There are no repercussions for fake news.

There is nothing to stop bloggers from writing fake news articles. If a blogger has built a reputation, he or she definitely has more to risk. But, there are millions of other potential readers on the internet. If a fake news article gets a million hits, that one story probably generated more revenue than the blogger's loyal reader-base. Not to mention, even if a blog scares away its reader-base, they are bound to still eventually click on an article link an find themselves on the blog. Once a consumer has clicked, the blogger has accomplished all he or she wanted. It does not matter if you stay, the blogger has already won -- they got a 'hit.'

Absolutely anyone can create fake news.

Literally, anyone with a computer and internet connection can create a website and publish fake news. Many fake news websites don't even look "official." They simply provided a juicy headline that people wanted to share, or wanted to believe.

A fun hands-on experiment: Create a Medium blog. Copy and paste a story from a large news website, images and all. Start changing details of the story to make it a little more juicy. Now exchange blog stories with a sibling, classmate, co-op partner, or parent. If you didn't know the story was manipulated, would you believe it? Now imagine what a professional with their own domain name could do.

Even the most sincere bloggers fall into the cycle.

I regularly see mom bloggers and homeschool bloggers publishing blog titles that are no different than the milder forms of fake news.

Headline: Why I Quit Homeschooling
First sentence: I quit trying to homeschool and decided to educate my children at home instead.

Headline: After eating these cookies, you'll never use another recipe in your life
In realty: These are good cookies... but, I'll most definitely bake another recipe at some point.

These headlines are harmless. We immediately learn that our favorite homeschool mom didn't actually quit homeschooling, but changed her perspective. And, our favorite mom blogger has posted her new favorite recipe. We already knew ahead of time she was exaggerating a big.

While these examples are harmless, they are using the same basic attention grabbing elements that can eventually escalate to higher levels of gossip.

One final characteristic of modern media is that ever blog re-hashes content from other blogs. When a story is first released, other blogs immediately hop on the band-wagon. The longer they wait, the more potential readers will read the story elsewhere. No one wants to hear that Trump was elected president a month after the election.

The danger is that there is no time for fact checks. And, when a blog publishes factually incorrect information, other blogs pick up the story instantly. Eventually, the largest news corporations will run the story. Sometimes they have fact checked the information. Quite often, they haven't.

No. We cannot blame the car manufacturer for poor drivers. There is no way to stop people from posting lies on the internet. Any article or website that tells you otherwise is probably just trying to get your attention and a click.

How to identify fake news on the internet

The bullet-points for identifying fake and gossip based news in the 1830's from earlier are scary because there isn't a single news source that doesn't publish the occasional click-bait headline. And, because of the internet, every crazy story that actually happens will be published alongside conspiracy theories.

My advice to you, your children, your students?

Take every news source with a grain of salt. Understand the principles behind the news/media business. Understand how online journalism makes money. Understand there is competition between news websites to publish attention grabbing headlines. Understand it is more difficult to identify small embellishments than ludicrous fake news stories.