10 Reasons Not to Send Your Kid to Preschool

Posted in Homeschooling on June 6, 2017 - by MarieRose daSilva 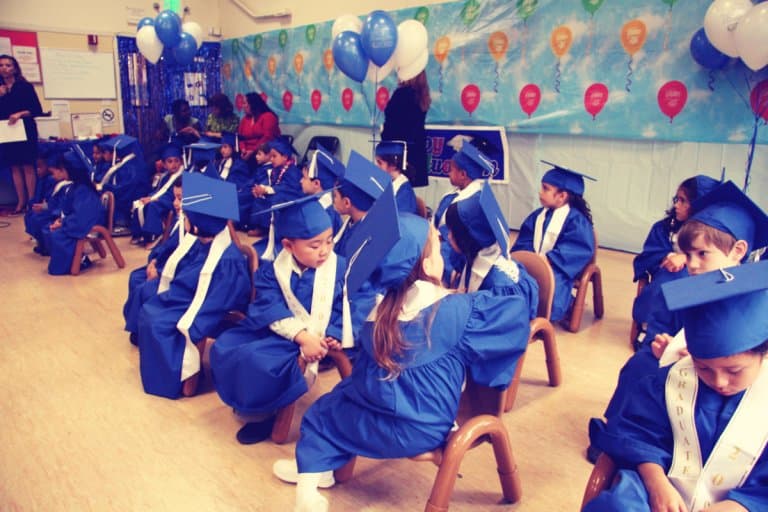 One of the first things parents are asked once their kids begin walking is “Have you thought about a preschool yet?” No sooner has this cute little person evolved from crawling to walking that society is pressuring Junior’s parents to send him away to be cared for by strangers several hours a day, for several days a week.

In the 1940s, Germany was one of the first countries to subscribe to the socialist idea that children would serve the common causes of society more effectively if they were raised to identify with the peer group instead of developing deep familial ties. Children were separated from their parents at very young ages and raised by group leaders steeped in Nazi culture. 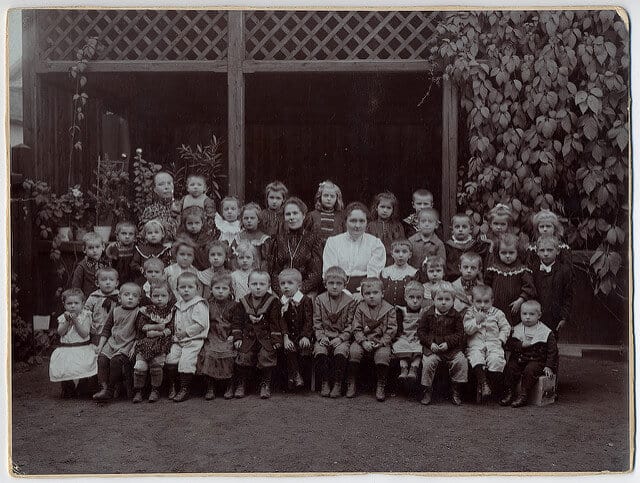 Family ties were restricted or even severed. At this time, the morals and affections of the family were superseded by the goals of the state. The Lebansborn scheme intended to develop a loyal master race by way of the country’s youth.

With the current push in the United States for universal full day preschool, many parents might feel the governmental and societal urge to participate in this “free” early education program. It might seem appropriate even to leave the potty training, coloring and play dough creations to the professionals. They read books and passed tests on how to do all those things after all.

Here are ten reasons not to send your child to preschool. (Sources cited in the references section)

Preschool aged children, like all children, develop at different rates. Pushing a child into a situation for which they might not be emotionally prepared because they’ve hit a certain age seems barbaric, no? Because it seems like all the other parents are sending their kids to pre-k programs, doesn’t mean you have to.

The current common core standards, universally implemented for US public schools several years ago, is not considered developmentally appropriate by many educators including Edward Miller and Nancy Carlsson-Paige who have published articles in the Washington Post on the topic. The effect it has had on private daycares has led them to make developmentally inappropriate curricula or teaching choices also.

Whereas several years ago, most pre-ks were helping children discover the joys of learning using hands-on experiences, the current trend is to have children sit at a desk taught not just to recognize numbers but solve math equations too.

The current push for universal publically funded pre-k could set thousands of children who are not emotionally ready for the long days of full-time preschool up for failure. Children could suffer emotional harm by being away from their parents for so long and expected to reach inappropriate academic goals. In the least, children could develop a sense of resentment for education instead of a natural hunger, so notes the father of unschooling, John Holt, in his famous Saturday Evening Post article titled, School Is Bad for Children.

The early years of a child’s life are integral in the development of a parent-child bond. Developing a secure attachment bond, as noted in a report by The Committee on Integrating the Science of Early Childhood Development, does not stop in infancy but grows and deepens with time.

This deep relationship will get both parent and child through the often confusing and turbulent teen years ahead. Children continue looking to their parents for stability and predictability that does not exist in the world. The parents need to remain the primary caregivers of their children to cement this bond. If parental authority is relinquished to another adult, this can cause confusion in young minds which, in turn, could make them doubt the validity of their parent's rules.

3. Children from healthy homes might not benefit from preschool

Quite a bit of learning, up until the middle elementary years, can be accomplished through free play, at least according to the Fins it can. Most of the day for school children in Finland is spent playing outdoors. Randolf schools believe this technique is best also. Do you really want your child ushered from learning center to learning center?

Imagine your child on an assembly line of learning centers throughout the course of the day. Kind of sounds like working on a factory assembly line, except the kids are on the conveyor belt. A study by the Howe Institute suggests that after the implementation of universal pre-k in Canadian schools, there was an increase in anxiety, hyperactivity, and poor social skills, as addressed by Dr. Laura Schessinger on her blog.

Healthy parent-child relationships include a hefty dose of discipline. We’re not talking about spankings and time outs. We’re talking about predictable outcomes for specific behaviors. The lower adult to child ratio found in the home provides mom and dad the ability to be consistent with expectations helps put the *cabash!* on unkind, mean-spirited habits before they start to stick.

The higher proportion of students to adults in the traditional school system and preschools give an opportunity for meek children to get lost in the shuffle. It gives rise to bullying and an unhealthy sense of what justice is. No "normal" parent aims for their kid to become the bully or be bullied; unfortunately, this dynamic begins in preschool and continues through to high school.

Often well-meaning non-profits, like ASTOR, government funded groups or government agencies will visit preschools. These visits are designed to do assessments for early intervention purposes and services. These are most likely done with the best of intentions but keep in mind that all of these groups need to validate their funding at some point.

If they can claim to have diagnosed and helped “x” amount of children or families they retain or receive an increase of funds from government grants, taxpayers, donors or parent organizations. These organizations are helpful but they do have an agenda.

6. Evidence of the benefits of play-based education is increasing

There are several countries that are moving back to a play-based education for young children after realizing that structure and forced facts of institutionalized education are not the best way to engage young children in the learning process. Finland, for example, affords children 45 minutes of play between class periods, every day.

Though preschools may not physically strap a child in a seat and force feed them government mandated factoids (yet anyway), they can be stifling environments for creativity and exploration for some students. In any event, the dramatic increase of children attending early education instruction since the 1970’s has not corresponded with any increase in the quality of education and the predicted outcome of “smarter students”.

As a matter of fact a 2005 study by Stanford and the University of California Berkeley, mentioned on www.drlaurablog.com, suggests that young children in institutionalized settings were less motivated to learn and displayed increased signs of aggression.

Free play, time outdoors, walking, staring at worms and eating dirt are all natural ways children explore their environment. The idea of assembly line education is a relatively new one and seems to be failing at all levels in the United States. Why start little Johnny off in an education factory when he can enjoy all the places mom goes and sees during the day? Again we can look to John Holt’s article for the Saturday Evening Post, “He (the child) comes to feel that learning is something that someone else does to you.”

Early academic intervention actually can damage the parent-child relationship, produce an incongruent sense of justice, promote victimization and diminish a child’s natural love of learning and discovery claims an article in Psychology Today by Peter Gray. It’s boggling to imagine civilization has made it so far without many of our forefathers having attended preschool.

Preschools can be expensive, especially full day schools. Yes, state-run schools seem free but it is true that taxes will need to be collected in order to fulfill the need for more classrooms, teachers, assistants, degree programs and supplies. 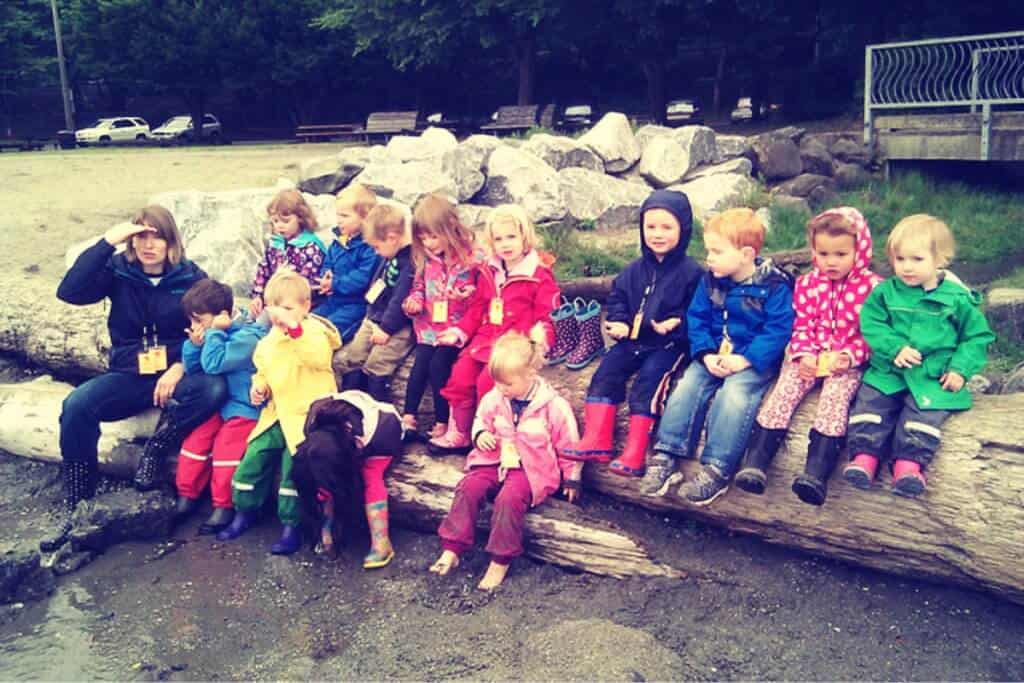 As for private preschools, they can cost anywhere from $20 to $100 or more a day. For many families, the second working parent would be earning a paycheck just to pay for preschool, whether done privately or through taxes. It would basically negate any perceived financial benefits and in most cases not benefitting the child as much as it would if they were home with their parents or a lovely relative.

9. Same needs can be met by doing other things

Much of what might be done in a typical preschool can be done by mom and dad for a fraction of the cost. Take the kids outside, splash in puddles. Make some playdough letters, numbers and shapes. Identify shapes while driving around town, sing songs, play rhyming games. Make play dates, join library groups. Read out loud. Be bored, it will not kill the kids.

The list of things mom and dad can do far outweigh what any preschool can provide, plus all the added love and emotional investment in a child only a parent can give!

There seems to be less and less privacy and margin for error these days. “Schools will not only collect objective facts about students but gain a more intimate knowledge as well — even profiles of students’ attitudes and predictions of their futures that could then be used by the schools to shape outcomes,” says Mallory Sauer in an article titled Data Mining Students Through Common Core.

What if little Johnny hits someone on the playground and gets labeled a bully child. That label has the potential to follow him around wherever he goes in his educational career; therefore, giving future teachers the ability to pre-judge Johnny based on a pre-k playground incident. There was a story about a kindergartener who was arrested for kissing another kindergartener and then charged with sexual assault. How will that affect him as he goes through his educational career?

Finally, if your child is enrolled in a government school, i.e. a public preschool, did you know that, in some states, a social worker can interview them without parental consent? It’s kind of crazy that it can even be done but this could lead to big problems for some families. Sometimes kids make things up or say something out of context that gets the ear of a mandated reporter. The fact that this reporter can, in some states, anonymously make an accusation and a social worker can interview your child without your knowledge is an invasion of privacy and violation of parental rights.

All said, long gone are the cutesy-poo days of part time preschool. Most preschools are set on “educating “instead of allowing children the freedom to learn how to learn. The best thing mom and dad can do is prioritize and be prepared to face the preschool question with knowledge. Do whatever you have to in order to stay home with the kids as long as possible. Downsize the house, drive a jalopy, get rid of cable. Seek out support in your area’s homeschool community. HSLDA.org has a plethora of local resources for parents.