Encourage Sarcasm, Its The Highest Form of Intelligence

Harvard researchers conclude that the smartest people are successful because they're sarcastic
By Brett Langford, on April 8, 2017 - Homeschooling 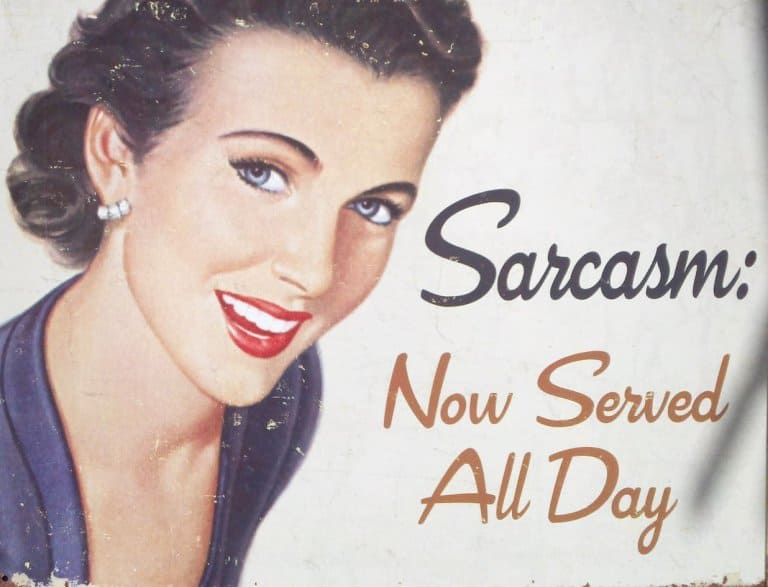 I thought I was writing a click-bait title, so I'm positive I've already scared a few readers off. But no, this is NOT pure click-bait, the title is taken directly from the paper of an actual academic study. The study's full title: The Highest Form of Intelligence: Sarcasm Increases Creativity for Both Expressers and Recipients.

Sarcasm isn't always conveyed well through text. So I won't attempt any sarcastic wordplay and just get to the interesting and useful stuff.

I read today that Harvard scholars discovered that people who use sarcasm with a sharp edge to it are the smartest people on the planet. Cutting sarcasm is apparently the "highest form of intelligence."

Although sarcasm is ubiquitous, very little is known about it. After reading about the study, I did some research of my own. Academic databases contain almost nothing about sarcasm and creativity. This is one reason why the Harvard Business School decided to research it in depth. The results of their findings are quite interesting.

Studies 1 and 2 found that both sarcasm expressers and recipients reported more conflict but also demonstrated enhanced creativity following a simulated sarcastic conversation or after recalling a sarcastic exchange. Study 3 demonstrated that sarcasm's effect on creativity for both parties was mediated by abstract thinking and generalizes across different forms of sarcasm. Finally, Study 4 found when participants expressed sarcasm toward or received sarcasm from a trusted other, creativity increased but conflict did not.

Sarcastic people find ways to mask criticism and insults as compliments. This masquerade often allows the criticism to be a bit more palatable, even if it may be perceived as "superiority." Snarky remarks are often used as clever diversions, but the benefits actually extend beyond the "in-the-moment."

In particular, I found it interesting that the benefits extend beyond the snarky person and include the "recipients." It states that people who are sarcastic often face more conflict. BUT, it can be worth it. Because the people they involve in this interaction will have a burst of "enhanced creativity" when they recall the experience.

Now, before you start abusing your sarcastic superpowers, make sure you know when to take the edge off.