Posted in Personal Finance on March 22, 2017 - by Brett Langford 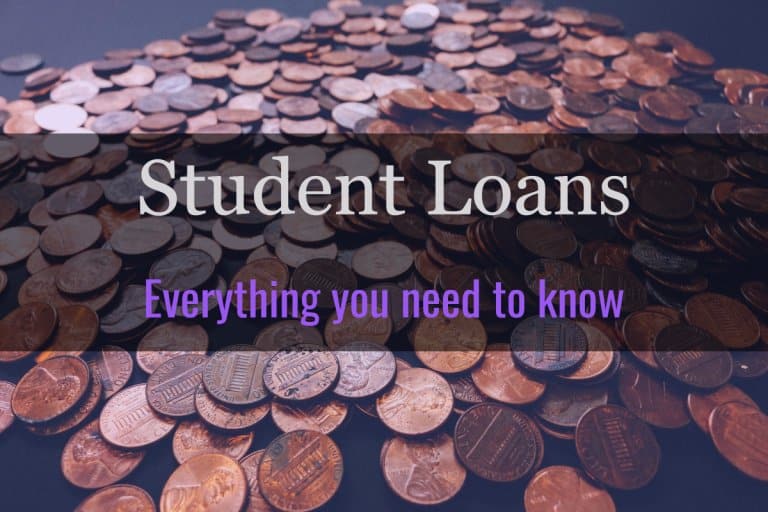 Several months ago I saved a very insightful Reddit post titled "Student Loans 101" to my Documents folder. Several days ago I attempted to revisit this page and discovered it was permanently removed. Most modern families have some type of exposure to student loans. You have highschoolers that are considering college. Thanks to student loans, maybe you are currently attending a school. Or, maybe you are still paying off your own student loans (in the repayment period).

I've come to realize a very scary thing. No one educates the general public about the crucial student loans information. As a whole, most people's knowledge is very incomplete. Some of the same common questions get asked over and over again.

Each type of loan has several subcategories. They are all covered and explained in further detail below.

Sticking to federal loans is usually the best choice for most would-be students. It doesn’t matter if you’re 16 or 60 The very first thing you should do when you’re getting ready to start college is to fill out the Free Application for Federal Student Aid otherwise known as FAFSA. I could write another whole guide on the FAFSA but for now, what’s important about it is that you fill it out to the best of your ability. Just about every U.S. citizen who graduated high school/has their GED, signed up for the Selective Service (males), and hasn’t been convicted of selling drugs will likely qualify for some type of aid, unless you or your parents make boatloads of money.

The FAFSA will tell you if you are eligible for a Federal Perkins Loan or a Stafford Loan. Perkins loans are doled out by your school (not all schools are in the program) and have a fixed interest rate of 5%. The government is actually moving to phase out Perkins loans with the last available ones being given by September 30, 2017. Your school will apply whatever amount you get to your bill for tuition and boarding. Sometimes, there will be some extra leftover, which will come back to you in the form of a check. Since these loans are being phased out in less than a year, there isn’t much else to say about them until it comes time to repay them.

These are the loans you may end up with if your parents’ expected financial contribution is fairly low. There are two versions of the Federal Stafford Loan

Interest rates on these loans can vary depending on when they were first given to you and whether you are an undergraduate or graduate student. Grad students can still get Stafford loans, but they can expect to pay a higher interest rate, usually around 5%.

PLUS loans are taken out by your parents, in their name only, to help you pay for school expenses. Most of the time, they are only taken out when Stafford and Perkins loans aren’t enough to cover everything school-related. You tend to see them more with schools that have a higher cost of attendance.

Unlike those two loans however, the interest rate is 7.9% and your parents’ credit history does play a role in whether or not they qualify for a PLUS loan.

Though this isn’t a loan, your loans through your FAFSA are likely going to be based around how large of a Pell grant you receive. You don’t need to repay this grant and can get up to $5,815 for the upcoming school year. In reality, you will probably receive far less than the maximum, which is usually reserved for students who come from extremely low income families. If you receive a full ride scholarship of any kind (athletic, academic, essays, etc.) you are not eligible to receive Pell grant funds.

Those are your main federal loan options, but you might be able to find some state-specific loan options if those aren’t enough.

For some students, private loans need to be taken out to cover the cost of attending college. This is usually because their parents make too much money to be awarded very much in the form of financial aid and their choice of college is relatively expensive. You might find a lot of graduate level students in this same boat, mainly because government options start drying up once you get your Bachelor’s degree.

Student loans from a private lender work in much the same way as a government student loan as far as paying for school goes. However, there are also some major differences.

That’s the gist of the difference between federal and private student loans. Obviously, federal loans are almost always going to be the best option since there is a lot of flexibility around who can qualify for them and repayment plans.

Once you’ve graduated or started going to school as less than a part-time student, you’ll usually have a period of time, between 6-9 months, when you don’t have to repay your student loans. This is called your “grace period” and interest can still build up on the time between graduation and repayment.

In a perfect world, we would all be able to make 10 years (or less) of payments after the grace period ends and be completely student loan free. In reality, some people can afford to put much more than their monthly payment towards their loans while others cannot come close to affording their monthly payment.

Aside from the standard 10 year repayment plan, there are a few other options which can help with your monthly payments depending on your expenses and how much you make.

Options When You Cannot Repay

Federal student loans do have some flexibility when it comes to being unable to make your monthly payments. Some of them only take place in a limited timeframe, other repayment options can extend indefinitely.

Some people may be eligible to have their federal student loans forgiven or cancelled. Though there are many reasons which can result in the loan completely disappearing, becoming a teacher or entering a public service profession are the two most common ways to receive loan forgiveness.

Perkins loans are forgiven on a graduated scale for public service professionals, sometimes resulting in 100% of the loans being forgiven. Other types of federal loans can be forgiven after 120 on-time regular payments while you are employed in the public service sector. Teachers have a special carve-out that only requires them to work 5 years in a low-income school to qualify for loan forgiveness.

If you think you’re going to be eligible for public service/teacher loan forgiveness programs, it’s usually in your best interest never to overpay your monthly payment. You won’t get credit for the extra money you put into the loan when it’s time to have it forgiven.

Student loan debt usually accumulates interest at a lower rate than most other types of debt. Pay off things like your credit cards first before trying to knock out student loans. Car loans and mortgages can sometimes have rates higher than your student loans, but paying your student debt faster can free up your monthly payment to go towards these other, sometimes larger loans. It can come down to a personal preference if the interest rates are close to the same.

Federal loans are much better than private loans because they offer payment flexibility and forgiveness programs. Say goodbye to Perkins loans, they are leaving us next year. Fill out the FAFSA as early as you can to get a clear picture of how much you’ll need to borrow. Be smart about how you pay back your loans.

One Response to “Complete Introduction to Student Loans”