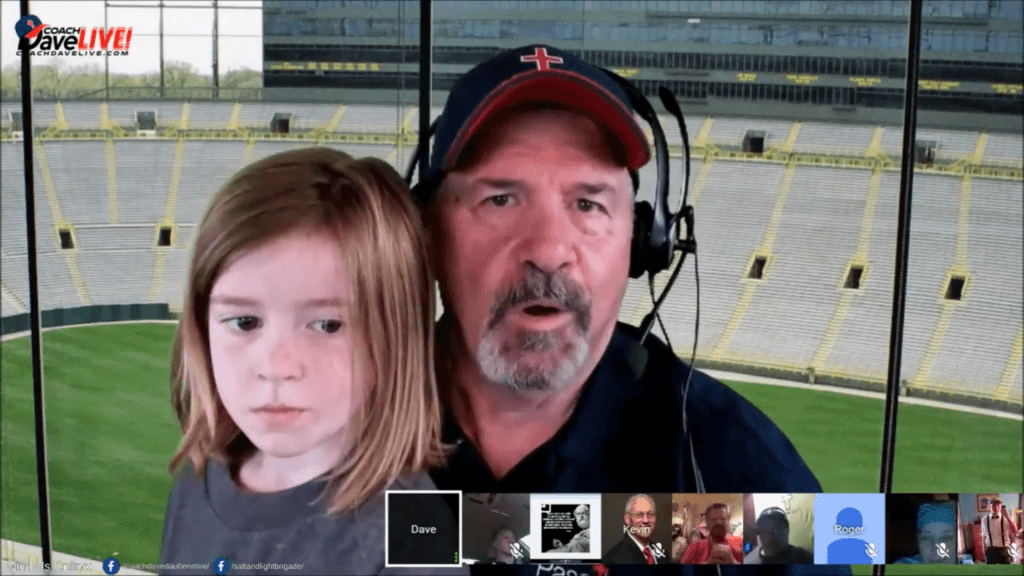 Dave Daubenmire stirred up some controversy with his recent criticism of the public education system. He told Christian parents that personally educating their children will result in them being so far ahead, they'll turn out to be millionaires.

If you really love your kids, if you were to personally educate your children, you’re going to create a millionaire because he’s going to be so much smarter than the average person that he runs into.

On Patheo's Friendly Atheist blog, David McAfee has already criticized Daubenmire, writing, "You won’t be surprised to learn that Daubenmire provided no evidence that homeschooled children are more likely to be rich." I really don't think Daubenmire was trying to make a literal claim that every single homeschooler is going to be financially successful. For goodness sake. Watch any other talk-show or webcast in America and you'll find a plethora of offhand statements you can critique as lacking "proof."

That Atheist blog seems to regularly exaggerate statements in order to stir up drama.

No matter what, this criticism really misses the point. After all, Daubenmire did make a pragmatic argument against the "products" of the public school system.

Thirteen years of, “Education” and what? Our kids don’t know any life skills. THIRTEEN YEARS and they know nothing about how to live. They still require training at their jobs. How does this make sense? How is this, “Education”? Government schools are creating cattle to be herded for their own purposes.

In McAfee's blog post (criticizing Daubenmire), he cited the fact that 64 percent of parents who homeschool their children claim it’s primarily because they want to provide religious instruction. McAfee then says, "And that’s what he [Daubenmire] is really trying to do: promote religious indoctrination above real education."

I think it is worth pointing out that McAfee completely ignored most of the data he was citing and the data he cited was incorrect. Maybe the public schools don't teach students how to interpret tables and read data? Here's what McAfee said:

After all, studies suggest about 64 percent of parents who homeschool their children say it’s primarily because of “a desire to provide religious instruction.”

The survey in question asked parents several questions about their reasons for homeschooling. The survey gave a list of possible reasons, and parents selected as many, or as few, that applied from the list. The study then says:

("most" appears italicized in the study.)

64% of survey participants did say that a "desire to provide religious instruction" was important. However, it was not their primary reason for homeschooling as McAfee claimed. The more impressive statistic is that "Nine in 10 homeschooled students’ parents reported that concern about schools’ environments was an important reason for their decision to homeschool."

So, what is the actual percentage of parents who's primary reason for homeschooling is to provide religious instruction?

Another fun fact, if you "rank" the primary reasons for homeschooling, "desire for religious instruction" comes out in 4th place. Here are some more fun homeschooling facts and statistics.