Who knows but that Fairyland is filled with old, lovable Rag Dolls—soft, loppy Rag Dolls who ride through all the wonders of Fairyland in the crook of dimpled arms, snuggling close to childish breasts within which beat hearts filled with eternal sunshine. Twelve Origional Raggedy Ann Stories I used to love Raggedy Ann stories as Read More » 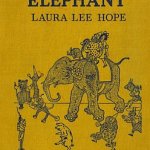 The Make Believe Stories series, begun in 1918 under the pseudonym of Laura Lee Hope (best known for the Bobbsey Twins series) -Wikipedia Each of the story books tell the adventures of a toy from the toy shop. I would say they are similar in nature to the original Raggedy Ann and Andy stories. Most of the Read More » 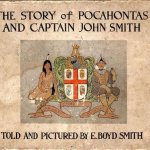 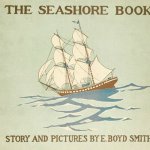 Another book illustrated and written by E. Boyd Smith! Join Bob and Betty as they spend their summer at the seashore with Captain Ben Hawes. They will learn all about the goings on of a shipyard, how to dig for clams, and hear sailor stories about adventures at sea. With color and pencil illustrations. Written Read More »

Weeks passed, and the little Rabbit grew very old and shabby, but the Boy loved him just as much. He loved him so hard that he loved all his whiskers off, and the pink lining to his ears turned grey, and his brown spots faded. He even began to lose his shape, and he scarcely Read More »