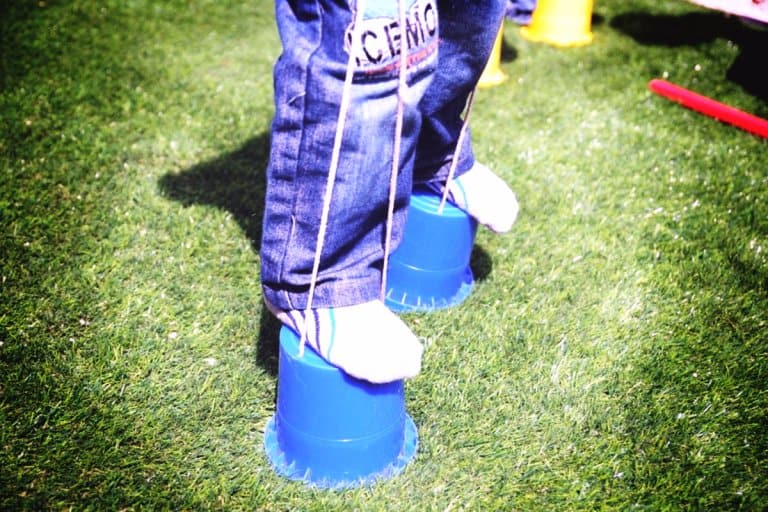 Certain toys have a way of keeping kids’ interest forever. They play with them day after day, in way after new way. Often they’re homemade and easy to replicate for our own kids, like some of these no-fail toys I remember …

Remember wishing you could walk above the world on those huge stilts from cartoons and circuses? Here’s an easy homemade alternative (and a little safer).

Take two clean, empty coffee cans (also found in the bulk canned food aisle). Turn them upside-down. On each can, poke two holes on opposite sides of the can, near the top edge. String rope through the holes, and tie into a loop just long enough for your child to hold comfortably when they’re standing on the cans with their hands hanging down.

To use them, hold the loops taut with each step. They may seem small, but they feel magical.

There’s no going back to those tiny chunks of goo from the store once you’ve handled a giant, soft, warm lump of homemade playdough. Here’s the recipe: 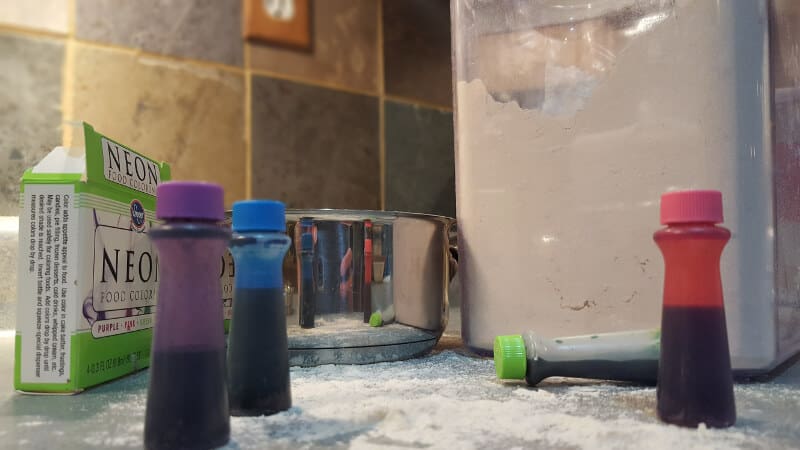 Mix together in a saucepan over medium heat, stirring constantly until it becomes a lump. Remove from heat. Knead the dough until soft and smooth. Add food coloring. (Beware: At first, the food coloring may stain your hands and counters. It won’t stain anything once it’s kneaded in.)

Store in a sealed plastic bag or container. Refrigerate to make it last even longer.

It sounds weird, but one of our favorite toys was a set of several dozen white plastic water pipes—accompanied by a bunch of elbow, tee, “side-outlet,” and straight connectors. Something like oversized TinkerToys, you’d fit them together to build all sorts of structures.

They made awesome frames for tents and forts of all shapes and sizes. They were cut into lengths of about 4", 2’ and 4’ (hardware stores will often cut them at no extra charge), with rough cut ends sanded smooth.

Another Christmas, we got a large chest of big wooden blocks, made from 2’x4’ lumber with sanded edges. They were cut into squares and long and short rectangles and triangles. Endless fun—we built everything from huge playhouses to racetrack ramps.

It takes only basic sewing skills to create a beanbag. Cut out a rectangle of fabric, any size. Fold in half, right sides together. Sew almost all the way around. Fill with dried beans or rice, then sew the hole shut. Make several, and play games like:

Bonus toy: Mud. Hey, kids are washable. Get out there and make some fun!