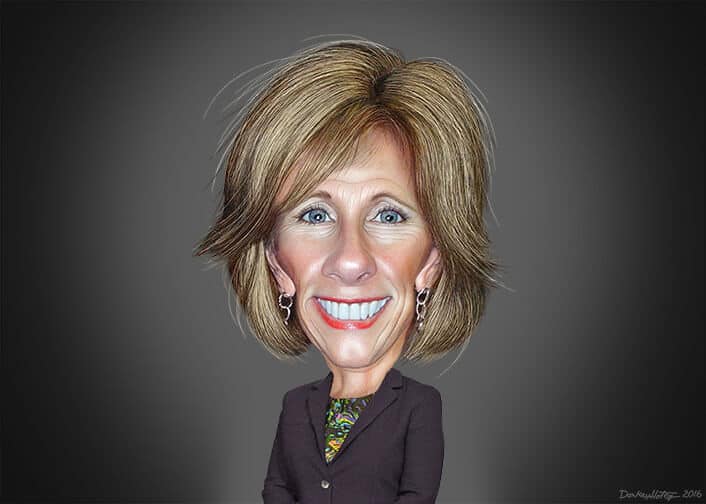 I used to make fun of homeschooling but now we live in OPPOSITE LAND, where homeschooling may soon be the only way to learn science

Several days ago, Fox News reported that, "Leftists Threaten to Homeschool Their Kids in Protest of Trump’s Education Secretary."

Just for one moment, let's pause and think about this. People are going to protest DeVos for her views on school choice by exercising their rights for... school choice. Actually, it may not be as ironic as it seems.

Actually, it might be exactly what "they" want you to do.

Milton Gaither, homeschool expert and education professor at Messiah College who published a book on homeschooling, Homeschool: An American History, said that:

"DeVos would love nothing better than for parents to decide to spend their money on private Christian schools ... or to homeschool them using Christian curriculums."

Milton Gaither researched the history of homeschooling and has published a book about the broad homeschool movement.

Confirming DeVos as Education Secretary may have been the GOP's best move to convince all Dems to home school their children. @JoyAnnReid

*looks up how to home school kids* https://t.co/GHr6Zgto1E

@POTUS @BetsyDeVos thank you for confirming our choice to start homeschooling!

In a 2013 interview, DeVos has said that homeschooling is "another perfectly valid educational option."

She continued by saying that:

We've seen more and more people opt for homeschooling, including in urban areas. What you're seeing is parents who are fed up with their lack of power to do anything about where their kids are assigned to go to school. To the extent that homeschooling puts parents back in charge of their kids' education, more power to them.

DeVos' emphasis on school choice makes perfect sense for the homeschool movement. NBCNews made a controversial claim that homeschoolers are, "largely conservative Christians." Although this may be the case, the National Home Education Research Institute (NHERI) claims that the #1 reason for homeschooling is not for religious reasons. This was true many years ago, so maybe NBC just didn't check the current research.

NHERI research states that most parents decide to homeschool for more than one reason. The most common reasons given for homeschooling are the following:

Homeschooling is no longer a fringe movement. It isn't as mainstream as public schools but is not some occult minority. Let's stop pretending.

Gaither said it was not ironic that liberals were considering homeschooling. In fact, these potential converts would return to the roots of the 1970s homeschooling movement -- which was very left-wing.

If parents decide to resist the new government leadership by choosing to homeschool, they will be doing exactly what the modern homeschool movement has been doing for 30 years.