Reasons Not to Medicate ADHD Children

Posted in Homeschooling on May 18, 2017 - by MarieRose daSilva 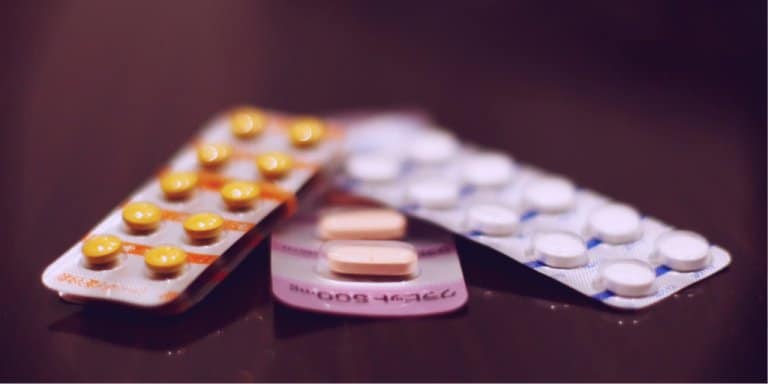 The great thing about homeschooling is that it places the parents in a position to be first-hand observers of ADHD symptoms instead of receiving second-hand information from an overworked teacher. Although it will be challenging for mom and dad to separate their emotions from the facts of the situation, they are in an advantageous position when it comes time to discuss the issue with their pediatrician.

Alan Schwarz, an investigative journalist claims in his book, ADHD Nation, that ADHD is over diagnosed in the United States.

Given this could be the case, there is nothing wrong with getting a second opinion.

Remember the doctors are there to help you and your child. They work for you.

Should I Medicate My Child?

One of the first things most parents will be faced with after they accept the diagnosis of ADHD is whether or not to medicate their child. Medications often prescribed for attention deficit disorder can come with a host of side effects. Many of the medications prescribed to treat ADHD, even in children, are some derivative of amphetamines.

According to the National Institute on Drug Abuse, these drugs are addictive, change sleep patterns, increase the likelihood of depression and run the risk of being abused recreationally. Solutions Outpatient Services, a drug addiction treatment facility in Texas, claim on their website that people with ADHD not given medication have an increased tendency to use drugs later in life. The question is whether or not medication is a cure for ADHD or just a symptom reliever?

What’s Going on in the Brain?

One theory as to what’s going on in the brain of an ADHD person is that there is an issue with the brain’s rapid absorption of neurotransmitters. This action does not allow for the brain to process certain chemicals. Therefore we would observe the symptoms of ADHD such as fidgeting, forgetfulness, obsessive behavior and hyper-focus to list a few.

There is an extensive list of medications for parents to choose from if their child has been diagnosed with Attention Deficit Hyperactivity Disorder. As mentioned above, many include a dose of amphetamines. Some medications use other stimulants or a combination of the two. 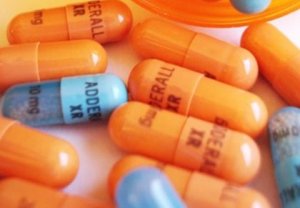 Amphetamines and other stimulants are assumed to help with ADHD symptoms by stimulating the release of certain neurotransmitters and/or slowing the rate at which they are reabsorbed. The drug company, CIBA, took out a patent on Ritalin in 1948. Ritalin is an ADHD medication that is considered to be generally safe despite the potential side effects. Dr. Martin Whitely, a mental health advocate and researcher, believes that medication  masks symptoms.

Medication’ masks symptoms, does nothing to address the causes of real problems, risks a host of adverse side effects and creates withdrawal effects that worsen ‘baseline behaviors.

One issue with medicating an ADHD child is that not all ADHD symptoms are caused by the neurotransmitter and absorption problem. There are thyroid disorders, hormonal imbalances, learning disabilities and more that can all mirror the same diagnostic criteria and symptoms as ADHD but are rarely tested for.

Unfortunately, it’s challenging to find a doctor willing to test for these other problems, as many use only the diagnostic checklist and parent interview as the basis for diagnosis. Sadly, for those who are willing to look deeper and figure out the “why” behind ADHD-like behaviors, insurance companies’ lack of coverage for some other diagnostic tests bind the hands of both parents and doctors, forcing both to take the seemingly least expensive approach- stimulant medication.

The severity of side effects from taking stimulant ADHD medications like amphetamines can range from dry mouth to suicidal thoughts. One common ADHD medication has heart attack listed as a possible side effect. Given, that is rare and the warning label does mention this risk is for “those with pre-existing heart conditions.” But what if the patient hasn’t been tested for a heart condition! But how many times have we heard of people going for years without a diagnosed condition, only to find out they are at the end stages of it?

Not all doctors test for pre-existing conditions prior to prescribing stimulant medications. They go by current medical records, family health history and parental memory, as well as, drug company recommendations. Dr. Whitely goes on to explain that without proper examination and testing, a child is a guinea pig for these medications which might not even be treating the underlying problem. If your child is adopted, there is also the issue of family history and the chance that much of it is unknown to the parents.

There Are So Many Other Ways to Deal with ADHD

Let’s say a child is diagnosed with ADHD. Mom and dad tell the pediatrician that they will not be medicating. First off, a responsible pediatrician will acknowledge the parents’ choice and end it there. Mom and dad can choose to have blood tests done to rule out any other underlying conditions and treat those. Next, parents will want to start doing some research on alternatives to medication, of which there are quite a few! Some seem more like hocus pocus with few anecdotal reports of success; others come with anecdotal success rates and/or scientific research.

One treatment is CBT, otherwise known as cognitive behavioral therapy. A CBT therapist will help child, mom, and dad- really the entire family, learn coping skills for ADHD behaviors. Many CBTs like to encourage healthy eating, exercise, and healthy family lifestyle changes, especially if mom and dad are not going to rely on medication to stem ADHD symptoms in Junior.

Another treatment plan may be dietary changes, supplements, and herbs. There are several programs, like the Feingold Plan, that suggest that maybe a reaction, not an allergy, to certain foods might be causing symptoms. Using an elimination diet, these trigger foods are identified. Some programs claim that metal toxicity, micro-nutrient deficiencies, and mineral deficiencies might be contributing to unwanted behavior and claim that adjusting these imbalances can help alleviate symptoms.

There is even a new medicinal food, Vayarin, which is said to help with ADHD. Visiting a nutritionist, osteopath or naturopath might be a good way to start the journey to helping your ADHD kiddo.

EFT, or emotional freedom technique, also known as “tapping”, might go under the “hocus pocus” category to some folks, even though practitioners and patients claim to feel better using the technique. Some people claim that the series of negative, positive and affirmative statements combined with gentle tapping on specified pressure points can help increase focus, self-awareness and impulse control.

Also, chiropractic care has become more mainstream over the years and many chiropractors claim that regular adjustments help ADHD patients. MRT (muscle response testing) and biofeedback both have anecdotal evidence of success but some may consider them akin to alchemy because of the lack of scientific research.

Homeschooling an ADHD kid is tough work! Talk about being in the trenches, oh boy. What’s great about homeschooling an ADHD child is that you are the headmaster of the school. You keep the schedule and you get to see firsthand what your child needs.

Famous psychologist, Ross Green is quoted as saying “Kids do well if they can”. What a poignant phrase for those dealing with ADHD children. Yes, they do well, if they can. So why not figure out how they can do well? Let’s not just mask the problem with medication. Let’s figure out how to teach these kids to work within who they are.

3 Responses to “Reasons Not to Medicate ADHD Children”