Home » Articles & Blogs » What Schools (and Parents) Are Not Teaching Kids

What Schools (and Parents) Are Not Teaching Kids

Posted in Parenting on October 6, 2017 - by Melodee Lovering 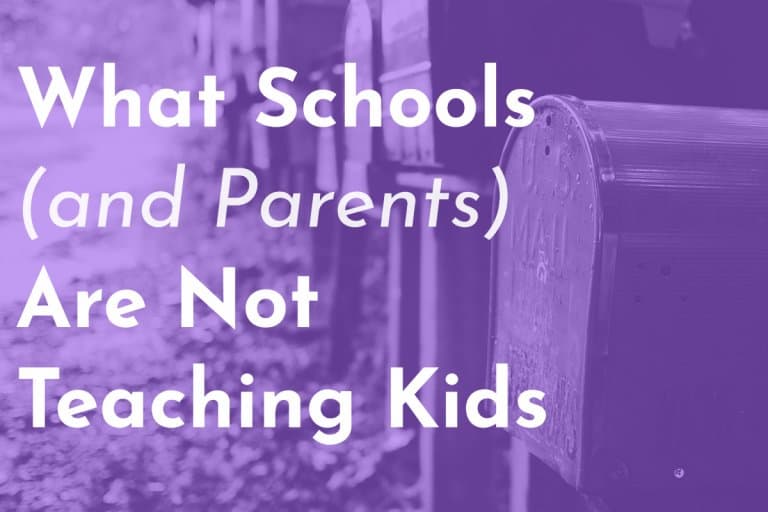 Today’s youth are a wonderful generation with kind hearts and big dreams, just like everyone that has gone before them. However, I feel that families and the education system are both failing to prepare them for the practicalities of life and robbing them of a sense of competence.

I thought I had brought up our own kids to be practical and independent. They were a lot savvier about looking after themselves than many other youths I knew, but then I got the call about halfway through my daughter’s first semester at university.

She knew, of course, that she could get one at the post office… but she had no other ideas. She was stumped.

I guess she had never had to mail something for herself before. Additionally, having never had to do this, she did not know where any of the post boxes were. The need for them had not registered. Neither her parents, mea culpa, or the school system had prepared her for the simple, adult task of putting a properly stamped and addressed piece of mail into the postal system.

Every year I am confronted with a new group of students who enter my programs. Among them will always be some who cannot wait to inform me that they are in a “gifted” classroom at their school. If the child fails to tell me, a parent inevitably will.

One would think that a gifted youth would be able to do the simple arithmetic required to offer change at a bake sale, wouldn’t you? You would think he could add tally up the take accurately at the end of the day. Apparently, to be considered extraordinarily intelligent, a person does not have to be able to do ordinary sums. In the future, it is unlikely he will be able to do his own taxes.

You would also think that being gifted might involve the simple social nicety of waiting for someone else to notice and draw attention to your supposed giftedness.

Again, neither the parents nor the education program had helped this boy to the place where he had the sense and humility to let his giftedness speak for itself.

Cleaning, it’s for everyone!

At least once a year I take all my “gifted” and not as gifted youth to help with serving at our church’s weekly community dinner. Part of the job is always clean-up, including the bathrooms. It has become the de facto anniversary of the occasion when I get to teach some teens how to clean a toilet for the first time.

These kids are not from wealthy backgrounds where someone is hired to do the cleaning. In their homes mom and dad do housework, but for some reason, their parents must believe that self-cleaning houses are just on the horizon. I asked the same group of 12 to 17-year-olds if any of them had ever done a load of laundry and the answer was a universal “NO.” I watched a winsome pre-schooler turn a complicated entertainment system on and off this week, but apparently, the washing machine is too sophisticated for a teenager.

Cooking and shopping too…

Many of these same kids have never made their own lunches or scrambled some eggs. I have learned a whole new method of writing out recipes for youths who want to know how to cook things, but cannot make sense of a cookbook.

They don’t understand most culinary terms, so I write the instructions out with additional steps and explanations for each action. I know there are home economics courses in schools, but they do not appear to be mandatory.

I was eating pizza with three students on our way to an event, and we had some time to kill so I gave them each five dollars and took them into a nearby thrift shop to see who could find the most interesting item. They were enthralled and, as it turned out, two of them had never been in such a place. One did not know of their existence.

“Jordan’s crying,” one twelve-year-old girl reported about another.

When asked why she told me that Jordan was afraid that the group was going to light a candle. The girls had been handed a tea-light and a box of matches. They were to read and meditate on a Bible verse by candlelight.

Jordan’s parents had taught her to be so afraid of fire that the simple lighting of a candle, unsupervised by adults, sent her into a tailspin.

I find many youths have never turned on an oven or stove-top or lifted a hot casserole out of the oven. It leaves me wondering at which magical age parents and schools believe that a person finally becomes competent to safely execute such tasks?

I mentioned the three-year-old who was already very skilled with an entertainment system. I do find that today’s youths are clever when it comes to certain types of technology, especially to do with music and entertainment. At the same time, when it comes to any sort of usage that would make them vaguely employable, they are ill-equipped.

Quite often they can’t create a simple powerpoint presentation, hook up a data projector, figure out alternate ways to do online searches, and especially, don’t check their email even when they are expecting important information.

This is not the space to elaborate on the epidemic of anxiety among teens, but my experience interviewing them for jobs has made it clear how fearful and inadequate many of them feel.

I believe that kids should be able to shop, clean, cook, handle money, and even navigate standard computer software. If we can lead them to a greater competency in looking after themselves in everyday, practical ways, we will be giving them a great gift of inner confidence. 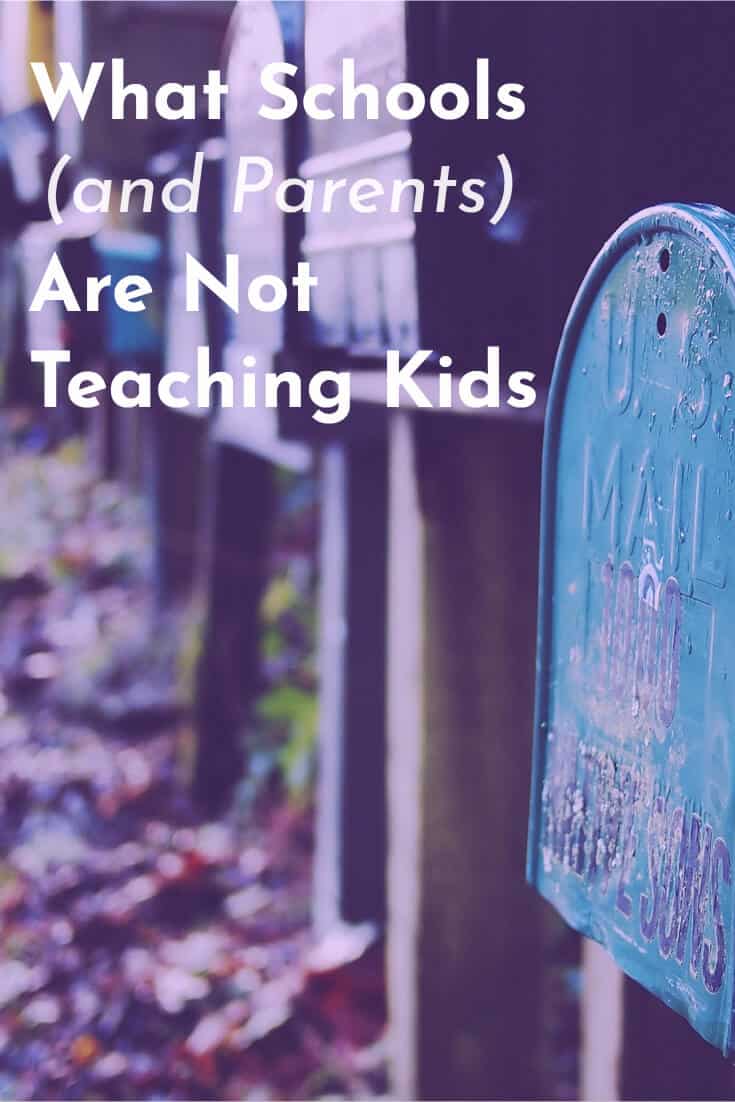