Posted in Homeschooling on June 9, 2017 - by Lauri Kubuitsile 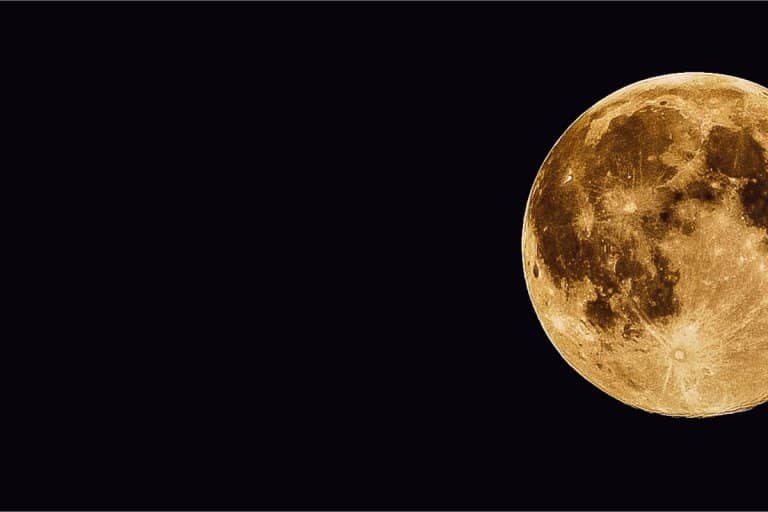 When you look up at the sky at night either with your naked eye, a pair of binoculars, or a telescope, the most prominent thing you see is our very own Moon. It is nearest to us compared to the stars and planets, and on most nights it lights up the dark sky dramatically. The Moon is the best place to start your study of the universe.

The Moon, unlike the stars, and despite its appearance, does not make its own light. Instead it reflects light from the sun. Because of this, the lighted part of the Moon that we see from Earth changes as the Moon shifts position in the sky relative to the Sun and Earth. The part where the sunlight hits the Moon reflects to us and appears as if it is shining. This is why sometimes we see a full moon while other times we see only a slice of the moon.

But even when the Moon is full, we never see the entire Moon. The Moon only ever faces one direction towards us. You might have realized this already if you have spent any time looking at the Moon because you will have noticed that the same features always face us. It is not as some people believe that the Moon has a “dark side.” It doesn’t. It has the near side that faces us, and the far side that faces out to space, but even the far side has its time when the sun falls on it.

When is the best time to observe the Moon?

People new to astronomy may think that the best time to watch the Moon would be during a full moon since there would be plenty of light. If you have ever been at the beach or on a snowy slope on a bright sunny day, you might understand why full moon is nearly the worst time to observe the Moon.

To see the features of the Moon, you need to see their shadows, and the best time is around the First Quarter or the Last Quarter. The best place to aim your telescope or binoculars is at the terminator, the line between the light and dark. This is where the sun is lowest in the sky (setting and rising) and, just like on Earth, is the time when shadows are the longest, so physical features on the Moon’s surface can more easily be seen.

Can you spot the lunar seas?

Now that we know when to observe the Moon, what are we looking for? Maria (singular mare, pronounced MA-RAY) are large flat areas of the Moon made of the volcanic rock, basalt, that were mistakenly called lunar seas, maria, before scientists knew that the Moon had no water. They appear darker than the surrounding areas because Basalt is a dark black stone. These flat plains were produced during ancient volcanic eruptions. 16% of the near side of the Moon is covered in maria.

Here is a great map of the major maria that you should be able to see looking through your telescope or binoculars. How many can you identify?

Where is that Man on the Moon?

Some people, when looking at the Moon, see a face. The face is created by the lower darker patches, usually craters and mare, and the higher lighter areas on the Moon’s surface. The smiling face is made of a nose (Sinus Aestuum), two eyes (Mare Imbrium and Mare Serenitatis) and a big smile (Mare Nubium and Mare Cognitum).

Cultures around the world have myths about the man on the Moon. Some believe he’s a benevolent man looking over us, but for others, he has been exiled on the Moon because he’s a thief. In some Asian countries and in parts of Africa and the Americas, there is no man on the Moon at all— instead, there’s a rabbit!

Other Physical Features of the Moon

The lighter parts of the Moon are the highlands or terrae. The geology of the Moon is very different from the geology of Earth. On Earth, plate tectonics and the weathering of the surface by wind and rain create most of our main physical features such as mountain ranges, valleys, and plains. The Moon has no moving plates nor does it have an atmosphere so there is no weathering. The mountains and craters on the Moon, the two most prominent features after the maria, were formed by asteroids crashing into the surface. Sometimes these ancient collisions produced so much heat that rock was turned molten.

The tallest mountain on the Moon is Mons Huygen it is 3.3 miles (5.5 km) high. Although this is the highest mountain, it is not the highest point on the Moon. The highest point on the Moon is actually 1.20 miles (1938 meters) higher than Mount Everest, our highest point on Earth. But the Moon’s high point has a very gradual incline of only three degrees, not like the steep, nearly impassable, sides of Mount Everest. Mons Huygen is part of the mountain range Montes Apenninus which is located at the edge of Mare Imbrium. Try to find it tonight. The Hadley–Apennine valley is part of that mountain range and is where Apollo 15 landed.

Here are lots of helpful resources I’ve used in the past that will help you continue your moon study: