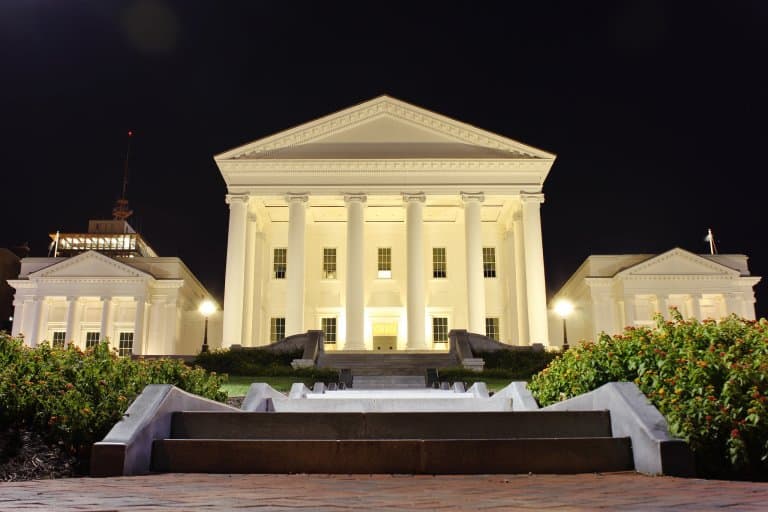 HB 1578, commonly known as the "Tebow Bill," would eliminate a statewide ban prohibiting home-schooled students from participating in high school athletics and other interscholastic activities.

The Senate voted 22-18 in favor of the measure. Democratic Sen. Lynwood Lewis of Accomac joined the 21 Republican senators in voting for the bill, which had been approved by the House last month.

The bill, introduced by Del. Rob Bell, R-Charlottesville, will be sent to Gov. Terry McAuliffe for his signature. Sam Coleman, an aide to the Democratic governor, said McAuliffe plans to veto the legislation.

The bill is nicknamed for former NFL quarterback Tim Tebow, who was allowed to play football for a high school in Florida while he was being home-schooled. Bell has introduced similar legislation each year since 2005.

In 2015 and 2016, Bell's bills were passed by the General Assembly, only to be vetoed by McAuliffe. The legislation's supporters were unable to override the vetoes.

Opponents of HB 1578 say home-schoolers don't have to meet the same academic standards as public-school students, so it would not be right to let them play alongside regular students in high school sports.

"Opening participation in those competitions to individuals who are not required to satisfy the same criteria upends Virginia's extracurricular framework and codifies academic inequality in interscholastic competition," the governor wrote in his veto message.

Bell counters that this is not the case with his newest iteration of the bill.

Under the legislation, any student who wants to participate in a local high school's athletic programs would have to pass standardized tests and demonstrate "evidence of progress" in their academic curriculum for at least two years. Bell said the students also would have to meet the same immunization standards as their public-school counterparts.

Sen. Chap Petersen, D-Fairfax, argues that, in his experience, it wouldn't be fair to students who already participate in their high school's athletic programs.

"I played high school athletics," Petersen said. "I know a little bit about it. I know you have to have a certain GPA to play on Friday nights. I know you had to basically comply with classroom conduct rules in order to play, and I think those are good rules. They're good rules for kids, and that's what this is about."

Petersen argued that this caveat would create more problems than it would help solve.

"The bottom line is, once Virginia High School League changes its policy, every school division is going to have to match up with it, because nobody is going to want to compete with half a loaf," he said. "I've got some coaches in the audience that are here for state-winning championship teams, and I know what they would say, not on the merits of the bill, but simply that everyone has to play by the same set of rules."

Bell argued his bill would simply allow home-schooled students who might not fit the typical public-school mold the same freedoms as all other students.

"If you are a parent and your kid doesn't fit into the public-school curriculum right now, you can go private or you can go home-schooling, except many places, including a county I represent, have very limited private school options," Bell said. "Yet we're forcing parents to say, 'You can have football, or you can have the education that you want.'"