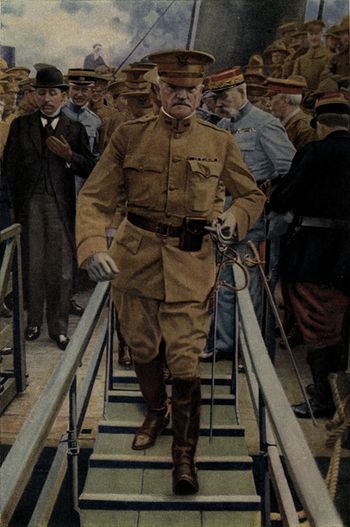 In innumerable volumes future generations will learn the details of this war: and the discussions among delving historians will never end. For our time a simpler task is the service set for us. We require a record of the essential facts of the struggle arranged with a sense of historical perspective.

For forty years the great nations of Europe had had universal service. Every able-bodied youth, unless his government chose to excuse him, became a soldier. For forty years the diplomatists had held the balance of power so delicately poised that the mighty armed forces all kept to their own sides of their frontiers. It was in the era of modern invention and man’s mastery of material power that these great armies were formed and trained for the war that was to test their steel.

-an excerpt from The Story of the Great War Volume 1