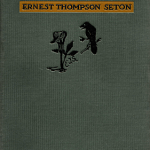 These Mother Carey Tales were written for children of all ages, who have not outgrown the delight of a fairy tale. It might almost be said that they were written chiefly for myself, for I not only have had the pleasure of telling them to the little ones, and enjoying their quick response, but have also Read More » 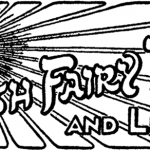 When Mother Lets Us Give A Party 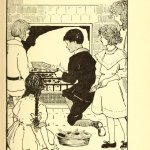 A public domain ebook all about themed parties! Some of the themes include: Indoor Garden Party Japanese Tea A Christmas Sewing Bee Candy Pull A Holly Luncheon All the major holidays are also covered. There is also a list of additional games to play at your parties. Download When Mother Lets Us Give A Party Read More »

When Mother Lets Us Play

When Mother Lets Us Make Toys 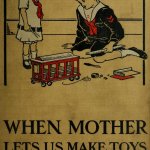 I just keeping finding more and more of these great hobby books!  This week I will be sharing several more titles from the “When Mother Lets Us” series. Today we have When Mother Lets Us Make Toys.  This book contains projects that children can make from boxes, spools, fasteners, and glue. Most of the creations Read More »