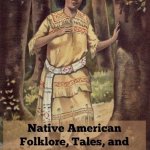 Free Ebooks to read about Native Americans In looking at various curriculum for studying United States history, I often find thatthere is a general lack of information about the original peoples that populated this country. Understanding the various Native American cultures is important, especially when trying to study the expansion into the West and the Read More »