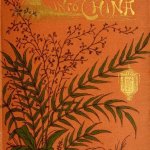 Sketches Of Japanese Manners And Customs

If you are studying Asia or have a child who loves all things Japan, this book is perfect for you! Full-color plates depict different events and daily life in Japan during the late 1800′s.This is truly a living history book that will delight readers of all ages. Each chapter includes text describing the customs, as Read More »