Three thousand years is a period of time long enough to produce great changes, and in the course of that time a great many different nations and congeries of nations were formed in the regions of Central Asia.

The term Tartars has been employed generically to denote almost the whole race. The Monguls are a portion of this people, who are said to derive their name from Mongol Khan, one of their earliest and most powerful chieftains. 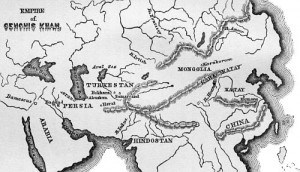 Did you know that the word khan is not part of Genghis’ name?  It is a title- most representing our idea of a chieftain or leader of a tribe.

There were many khans in Northeast Asia in 1100-1200.  Genghis united many of these nomadic tribes and furthered his kingdom through the Mongol Invasions into Central Asia and China. 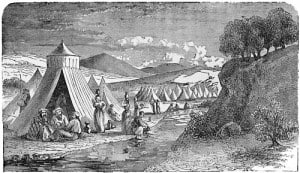