When Mother Lets Us Act 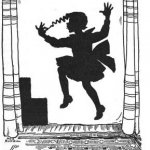 Children that love to play pretend will enjoy dressing up and acting out the plays in this theatrical book that combines gentle acting instruction with examples of different plays. Everything from shadow puppets to morality plays is covered, including acting out poems and songs. An excerpt from the book: You see, “playing acting” is only Read More »

The Story of Great Inventions 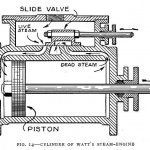 Boys and girls alike will enjoy the illustrations and stories of some of the greatest inventions and their sometimes weird beginnings. From Archimedes to the Watt’s steam-engine, this book details the technological inventions that changed history.  Written by a high school physics instructor, this book is suitable for older readers or as a read-aloud for Read More »

Margaret Warner Morley was an American biologist, educator, and writer of many children’s books about nature and biology. Her books are written in a conversational tone perfect forreading aloud and for Charlotte Mason-style narration. All of her works have now fallen into the public domain and are available at several sites online including Google books Read More »

Columbus Discovers America “You Are There”

The old radio series “You Are There” attempted to re-enact history as if it were happening live to the listener.  This often included radio bulletins, interviews with key characters, and other means. The early episodes were called “CBS is there“. Since Columbus Day is coming up, I thought I would share “live” coverage of the discovery of Read More » 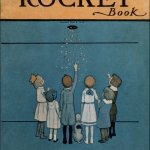 When Fritz, the Janitor’s bad kid, Went snooping in the basement, He found a rocket snugly hid Beneath the window casement. He struck a match with one fell swoop; Then, on the concrete kneeling, He lit the rocket and—she—oop! It shot up through the ceiling. The Rocket Book, published in 1912, is a wonderful little Read More »