Camping on the St. Lawrence

In this story I have endeavored to take my young readers to one of our noblest rivers, and not only to make them share in the stirring experiences which are to be had on its waters, but also to make them feel something of the power of the wonderful history of those who first looked Read More »

Days of the Colonists 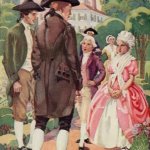 Living stories about John Smith, the founding of Plymouth, and all the way to the signing of the Declaration of Independence! Published in 1922, this living history book has several color and black and white illustrations. Twenty seven captivating stories about Colonial America. Download Day of the Colonists from archive.org. Another companion book is Colonial Read More » 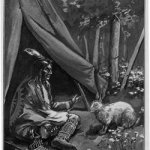 For thirty years or more we have been gathering up these myths and legends. Sometimes a brief sentence or two of one would be heard in some wigwam—just enough to excite curiosity—then years would elapse ere the whole story could be secured. As the tribes had no written language, and the Indians had to depend Read More »

There lived a man named Kapoi, at Kahehuna, in Honolulu, who went one day to Kewalo to get some thatching for his house. On his way back he found some owl’s eggs, which he gathered together and brought home with him. In the evening he wrapped them in ti leaves and was about to roast Read More » 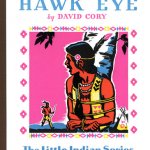 Interested in Native American history? This is a beautifully illustrated book that tells the story of Hawk Eye, a young Indian boy. The text is probably geared towards elementary aged children as it reads like a small chapter book. This book is in the public domain! Download Hawk Eye from gutenberg.org