The Wonder Book of Railways, For Boys and Girls 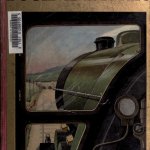 A beautifully illustrated book for the train enthusiast!  The color plates are amazing- they would make great clip art for projects.  The book is public domain! The book details how trains and their systems work.  250+ pages. Download The Wonder Book of Railways from Archive.org. More resources: Trains At Work Every Boy His Own Mechanic Read More » 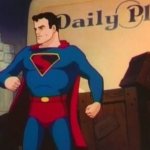 Adventures of Superman is a radio show which aired between 1938 and 1951 on Mutual and ABC with Kelloggs as a sponsor. Superman has perhaps one of the most famous introductions ever: “Faster than a speeding bullet! More powerful than a locomotive! Able to leap tall buildings at a single bound!” “Look! Up in the Read More »

These short biographies are specifically aimed at younger readers.  The three books in the series illuminate the lives of three famous historical figures from early American history.  Written by Alma Holman Burton, they were originally printed in 1898. You can download each book from the Internet Archive- The Story of Alexander Hamilton The Story of Read More »

Thanksgiving is the perfect time to study the history of the pilgrims.  They took great risks and traveled an amazing journey for religious and political freedom.  Unlike the later Puritans, the pilgrims wanted to live their lives in peace free from dominating forces. Here are some great public domain books for Thanksgiving: Stories of the Read More »

Any history or cooking enthusiast will enjoy this fun cookbook highlighting traditional Pennsylvania Dutch foods.  From the preface of the book: In 1683 the Plain Sects began to arrive in William Penn’s Colony seeking a land of peace and plenty. They were a mixed people; Moravians from Bohemia and Moravia, Mennonites from Switzerland and Holland, Read More »