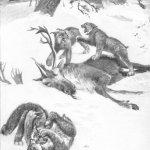 The following sketches. . .are the result of many years of personal observation in the woods and fields. They are studies of animals, pure and simple, not of animals with human motives and imaginations. Eight compelling stories of wilderness creatures by naturalist William J. Long.  Each story is written so as to give children an Read More »

The Adventures of Buffalo Bill

A fascinating account of one of the most famous western figures of all time, in his own words. Wikipedia says of Buffalo Bill: William Frederick “Buffalo Bill” Cody (February 26, 1846 – January 10, 1917) was a United States soldier, bison hunter and showman. He was born in the Iowa Territory, but lived several years Read More » 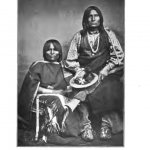 A Historical Reader for the Young From stories of the “mound people” all the way up to the arrival of Dutch pilgrims on the American continent, this historical reader covers the history of the early peoples of our land. Some of the information may be inaccurate and out of date but for the most part Read More »

For the history buff!  This calendar has a story about Abraham Lincoln for every week of the year. The stories are collected from the words of Lincoln himself as well as primary documents and testimonies from those closest to the man. Published in 1909, at the 100th anniversary of Lincoln’s birth, it was published again in 1911. Read More »

For the younger students who love all things trains!  This picture book packed full of information and visuals. 100+ pages, published in 1953- now in the public domain! Download Trains At Work from archive.org. More resources: The Wonder Book of Railways, For Boys and Girls Superman Old Time Radio Show Every Boy His Own Mechanic Read More »